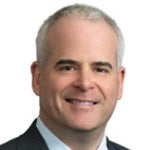 B.B.A. with double majors in Finance and Insurance, May 1991

▪ Involved in all aspects of patent preparation and prosecution

▪ Drafted replies to US, EPO, CN, AU, and IN Office Actions, among others

▪ Responsible for oversight of extensive docket

▪ Involved in all aspects of patent preparation and prosecution

▪ Experience includes in excess of 200 direct and cross-examinations of experts, parties and fact witnesses

▪ Served as Legal Assistance Counsel for the 75th Training Division

Thank you for contacting us. We will get back to you shortly.

Please complete all required fields below.

Safeguarding your assets won’t wait. Ramey LLP will provide the legal representation you need to protect your interests. Contact us to discuss your legal needs. Se habla español.