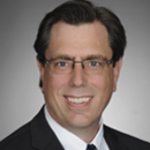 With his doctoral degree in Electrical Engineering, Dan is able to perform in even the most complex areas of technology. He has earned the respect and loyalty of clients in many fields including computer architecture, software engineering, digital communications, coding, seismic data processing, oil field drilling technology and well logging. Dan is highly skilled in patent prosecution, opinion work, litigation support and “design-around” assistance. Dan also performs due-diligence and freedom-to-operate searches and assists his clients in developing strategic patent portfolios.

Dan earned his BSEE from The University of Tulsa with a focus on computer science (“because it's cool”). A significant portion of his coursework concentrated on advanced physics (“because physicists are fun to hang out with”). Dan gained familiarity with the oil field industry while studying at TU by working for the Artificial Lift Research Project at TU's North Campus Facility (“because I needed the money”).

After earning his bachelor's degree. Dan pursued graduate work at The University Of Oklahoma, focusing on solid-state electronics for his master's degree and digital communications for his doctoral degree. His master's degree research focused on the development of hybrid superconductor-semiconductor transistors, and his doctoral research focused on equalization and coding techniques for magnetic recording. During this time, Dan consulted for Custom Machines and Controles in Dallas, Texas, providing digital circuit design and programming services.

After a short post-doc residency, Dan took a job with Texas Instruments Telecommunications System Division (TSD) in Austin, Texas, as a UNIX and DSP chip programmer. When the TSD closed in 1996, Dan began working with Conley Rose, an intellectual property law firm with offices in Austin, Houston and Dallas. Dan was with Conley Rose until 2007, even working full time as he attended night school at The University of Houston Law Center. He founded Krueger Iselin LLP with Dr. Louis Iselin, a friend from his days at The University of Tulsa.

Thank you for contacting us. We will get back to you shortly.

Please complete all required fields below.

Safeguarding your assets won’t wait. Ramey LLP will provide the legal representation you need to protect your interests. Contact us to discuss your legal needs. Se habla español.